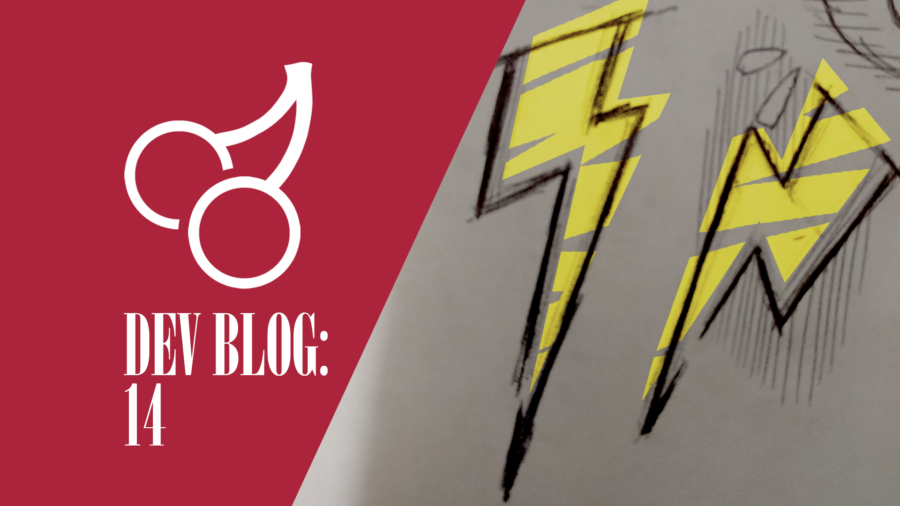 by Cherry Dev
with no comment
Dev. Blog - ESP
0

Welcome to what could be the most development heavy edition of the Cherry Kiss Dev. Blog! As the Kickstarter continues to gain backers I’ve been finding things I can add or tweak in our games to try to entice more of you to play them, this week I looked into one of our community member’s projects Divine Conception (which you can check out here) and lo they have facial animations on their characters as well as some other neat tricks that were pushing the engine farther than I initially thought possible and of course I was inspired to… «appropriate» some of these features into Wild Romance and Tsundere Idol.

I went about chopping up Rui-chan’s beautiful face to isolate all her expressions so I could build them into live composites that give her the power to blink! (and move her mouth, how lewd.) Hopefully this makes the game more interesting now that the sprite moves in a more meaningful way than bouncing around the screen when she is rendered. This process should also reduce the overall file size since now there doesn’t have to be a dedicated sprite for every emotion for every outfit that Rui wears during the game.

Of course, I couldn’t stop at just Rui! Before repeating this process with Nazuna, Sumire, Aoi and Tsubaki I was shown a nifty little program that I could use to increase the dimensions of sprites with minimal loss to quality which then got me thinking I could upscale the sprites and then remove even more redundant images in the game folder by making a zoom animation that allows close-ups of «certain areas» of the character sprites, which again looks better than just cross-fading to an already zoomed in facial expression or… breast… shot? Then to go even further beyond, I’ve been toying with more animations to have multiple sprites on screen and moving them on and off the screen and dealing with the zooms and zoom outs to make, in my humble opinion, a more sophisticated update to both games!

And If you’ve been following our Twitter we are on the way to releasing Wild Romance: Mofu Mofu Edition in Spanish! I’m hoping to finish these animation implementations, go through a Spelling and Grammar pass that I received from a member of the community, as well as get the Spanish language fully integrated for a big 1.2.0 release sometime in February. (Steam users don’t fret! You do not need to reinstall a new patch!)

That about wraps this week up! expect some kind of progress report next time on how far along the animations are going, until then this has been Cherry Dev hoping y’all have a good weekend~